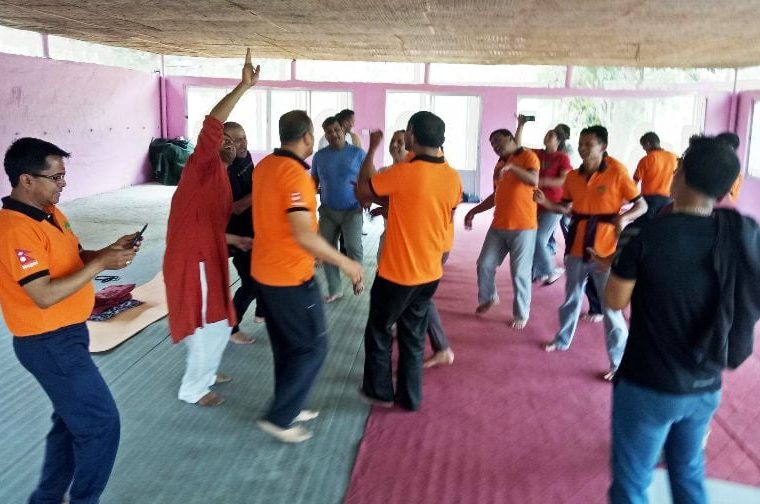 Kathmandu:  Tourism entrepreneurs of Pokhara, some 200 km west of Kathmandu, have hosted a daylong Yoga and meditation on mental wellbeing so as to reduce mental tensions stemming from COVID-19 impact on their businesses of late. Participants of the Yoga camp jointly organized by Pokhara Tourism Council and Yogashala at Begnas Shivalaya Yoga Resort said the Yoga and meditation had refreshed and motivated them to maintain mental wellbeing.

Council chairperson Gopi Bahadur Bhattarai shared, “COVID-19 has adversely impacted the business and enterprises and the situation resulting from such impact has caused anxiety among entrepreneurs. We have realized that the programme was successful in keeping mental wellbeing through Yoga and meditation”. He further noted that the Yoga and meditation exercise had believably recharged positive energy among the entrepreneurs.

Also speaking on the occasion, Tourism Entrepreneurs Association Pokhara chair Babarjung Gurung said the unfavourable situation surfaced in the business due to COVID-19 had added disappointment. He further said the Yoga and meditation exercise had provided skills to release tensions and take patience. ‘The entrepreneurs have come across several unprecedented and unexpressed pain. The Yoga provided us an opportunity to keep mental health and wellbeing in such difficult situation’, he added.