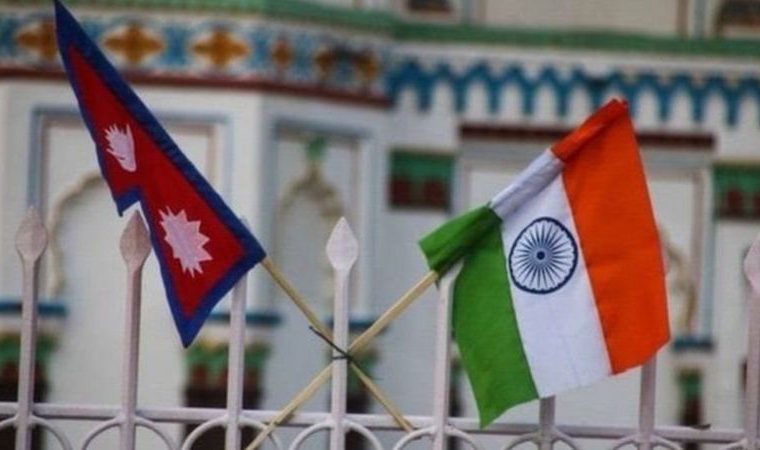 Kathmandu: An agreement has been reached to finalize amendments to the Nepal-India transit treaty and the rail service agreement between the two countries. The proposal by Nepal for amendments and endorsement was taken positively by the Indian side, and will soon be finalized, the Ministry of Industry, Commerce and Supplies has said.

An agreement to this end was reached in a meeting held today through video conferencing of the Nepal-India Secretary-level inter-governmental committee formed to look into trade and transit related issues between the two countries.

The Nepali team in the meeting was led by Secretary at the Ministry of Industry, Commerce and Supplies Dr Baikuntha Aryal and the Indian team by Indian Commerce Secretary Anup Wadhawan.

According to the ministry, matters discussed in the bilateral dialogue were up-gradation of border customs, establishment of Nepal-India joint commercial forum, BBIN and MVA issues, quality and standards of trade goods of both the countries and problems facing trade affairs. Both the sides have acknowledged the role of infrastructure along the cross-country border in trade promotion. The Indian side has informed that it has already initiated the construction of integrated screening post in Nepalgunj and is preparing to put in place the same post in Bhairahawa checkpoint.

In the dialogue, Nepali side had extended gratefulness to Indian side for the construction of separate integrated customs screening posts in Birgunj and Biratnagar and also urged for the expansion and up-gradation of railway line in the posts. The Indian side has informed that they would initiate discussion with concerned authorities to respond to the request of Nepali side to that end.

The Ministry has shared that Indian side was positive regarding the construction of dry port in Chadani Dodhara, construction of Integrated Check Post in Banbasa and extension of the railway service at the place. An understanding has been made to prepare detail study report and concept report for construction of cross border economic zone. Nepal has urged the Indian side to permit Nepal to use Asian Highway as traffic trouble was witnessed in Fulbari road, border crossing for vehicles and people on the India-Bangladesh border in course of bilateral trade with Bangladesh.

Expressing satisfaction over construction of joint commercial forum of private sector except government level among Nepal and India, both sides are to hold first meeting of the Forum in 2021 and Nepal is to take initiation for the same. Nepal had raised the issue of imposing charge on anti-dumping and countervailing duties on jute and non-jute products this time too.

Nepal had urged to grant permission for the participation in government purchase process including Indian Food Corporation as Nepali Jute Industry has got ISI certificate of India. Necessary decision would be taken after holding the discussion on this issue. Secretaries of the both countries agreed to take ownership of all issues related to infrastructure, transit, trade and investment by the committee signed at Nepal India Inter-Government Sub-Committee held on December 3 and 4, 2020. Both sides thanked each other of holding the discussion in a friendly environment, said Spokesperson at the Ministry, Urmila KC.