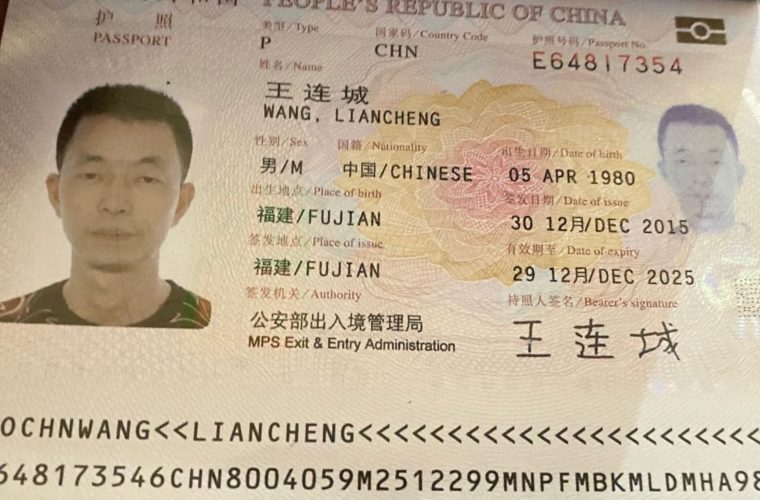 Kathmandu, May 6: On April 22, a joint team from the Department of Immigration and Nepal Police raided a house in Maharajgunj, Kathmandu, and arrested 22 Chinese nationals. Strangely, at the time this news was largely ignored by Nepal’s major news outlets and details about the incident remain obscure to this day.

ApEx learns that authorities had been tipped about suspicious activities in the house and the suspects had been caught with 35 laptops, 675 mobile phones, and 760 SIM cards issued by Nepal Telecom and NCell.

The Chinese nationals are suspected to be part of a syndicate involved in cross-border online betting. However, neither the immigration agency nor the police have the right technology and manpower to confirm their suspicion.

With no firm ground to charge the suspects, all 22 were released a day later on the condition of helping the authorities with investigation. The immigration department has confiscated their passports to prevent them from leaving the country.

The suspects, who were released under the custody of one Manjil Shrestha, are currently staying at a hotel in Thamel.

Narayan Prasad Bhattarai, director-general at the Department of Immigration, says investigation is being pursued with the assistance of police.

“The suspects had entered Nepal on business visas. We also found that one of them had overstayed his visa,” Bhattarai says. “We are still trying to find out the nature of their activities here in Nepal.”

The laptops and mobile phones seized from the Chinese nationals have been sent to the Central Police Forensic Science Laboratory. The digital forensic report of these devices will be crucial in investigation.

Increasing involvement of Chinese nationals in illegal activities has become a serious cause for concern for the authorities in Nepal. Among other things, they are suspected of running Ponzi schemes online and scamming foreign nationals with lures of easy loans. The immigration department is responsible for investigating crimes perpetrated by foreigners. But the department has been unable to fulfill this responsibility due to manpower crunch. While it has shown some willingness to investigate foreign citizens involved in suspicious acts, its investigations seldom conclude satisfactorily.

Even the police seem to lack expertise in effectively investigating foreigner’s suspicious illegal activities. And when it comes to crimes committed through the misuse of technology, they are woefully incompetent.

This was evident when the authorities arrested 122 Chinese nationals, also with similar equipment, in December 2019 for their alleged involvement in criminal activities. These arrests were made with the aid of the Chinese Embassy in Kathmandu, which was worried that the suspects were tarnishing China’s image.

They were eventually extradited to China. The Ministry of Public Security of the People’s Republic of China had chartered two planes to take them back. A senior official of China’s Criminal Investigation Department had himself come to Kathmandu to negotiate the extradition with Nepali authorities.

The decision of Nepali authorities on the latest group of 22 Chinese nationals arrested in Kathmandu is unknown. They seem to be struggling to figure out what kind of activities the suspects were into. Investigation and evidence-study thus far have offered little clue. (The Chinese Embassy in Kathmandu didn’t respond to our queries on the arrested Chinese nationals.)

What police know so far is that the suspects conducted their businesses and transactions using various apps with their servers in mainland China, Hong Kong and Macau. The problem is, these transaction records cannot be accessed to know the extent of their daily dealings.

Nevertheless, police and immigration department officials insist the investigation is still in progress with what little technical resources they have at their disposal.

Police have also been using translators to interrogate the suspects.

Meanwhile, the immigration agency has decided to deport and impose a yearlong travel ban on one of the suspects who was found overstaying his visa.

Bhattarai, the director-general at the Department of Immigration, confirmed the decision taken by a secretary-level meeting of the Ministry of Home Affairs to deport and ban one Liancheng Wang with passport number E64817354 (see photo, alongside).

“It will take some time to deport him since Nepal-China flights are suspended at the moment,” says Bhattarai. “As per the decision of the Home Ministry, he will be banned from traveling to Nepal for a year.”