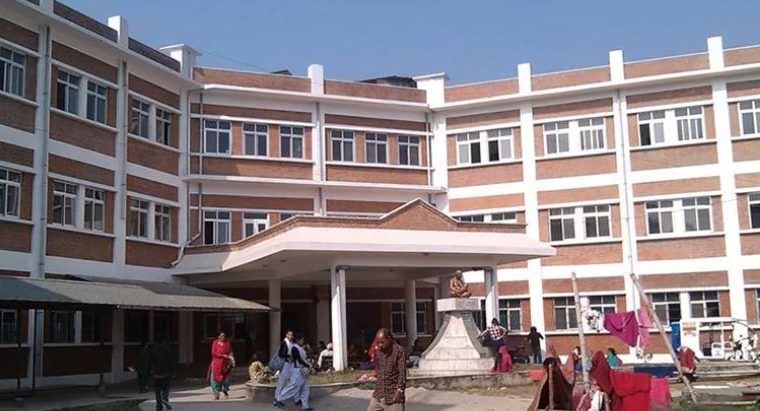 Kathmandu : The Chief Medical Superintendent of Bharatpur hospital, a hub hospital for treatment of Corona Virus patients has tested for positive to Corona Virus. A total of five health workers including four doctors were found infected at the hospital, some 100 km southwest of Kathmandu.

Medical Superintendent Dr Sriram Tiwari and head of the gynaecology department Dr Sunil Mani Pokharel, a doctor working at the emergency department and another health worker have been infected, according to chairperson of the hospital development committee Dr Bhoj Raj Adhikari. Based on the latest report, contact tracing has already begun.

However, the regular service of the hospital will be not be affected despite the infection on the health workers, said Dr Adhikari. It may be noted that two doctors of the Ratnanagar Bakullahar hospital had also tested positive to the virus. The situation of all the infected health workers is normal as of now.

Meanwhile, in wake of the increased rate of infection in Bharatpur, the local administration has imposed a prohibitory order in the metropolis area. The weeklong prohibition that came into effect on Friday midnight will apply for a week.

On Saturday alone, 27 people of Chitwan district were found carrying the virus. Of them, 21 are residents of Bharatpur metropolis. The total number of infections has reached 199 in the district.